Dr. Kelly Walls, Assistant Professor of Criminal Justice, became a local police officer in West Virginia at the age of 20, while attending college. During a 24-year career, he was involved in patrol, investigations, K-9, and special operations, including supervision of detectives, D.A.R.E., hostage negotiation, firearms training, and all internal investigations. This includes all allegations of misconduct, as well as officer-involved-shootings. While a police officer, Dr. Walls finished a B.S. degree in Criminal Justice and attended graduate school, earning a doctorate in 1996 from Southwest University in Kenner, La. Dr. Walls is also a Graduate of the FBI National Academy, 142nd session, 1995. He trained and worked as a Special Deputy United States Marshal for nine years. 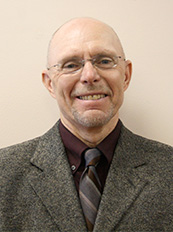