After serving as Bluefield College’s director of marketing and public relations for 25 years, Chris Shoemaker accepted the call to share his more than two decades of professional experience with students as an assistant professor of communication.

During his tenure as the voice of Bluefield College from 1993 to 2018, he managed the school’s media relations, community relations, publications, social media, advertising, and other marketing initiatives. He also developed a Media Appreciation Day, revamped the alumni magazine, created a BC Speakers Bureau, launched electronic news distribution, led the design of a new BC and Ram logo, and built the school’s social media presence, among other promotional projects.

Now, as an assistant professor of communication, he teaches media writing, public relations, media law, and speech and serves as a faculty advisor for the school's student newspaper, The Rampage.

A native of Bramwell, West Virginia, Professor Shoemaker earned a bachelor's degree in journalism from West Virginia University in 1991 and a master's degree in business administration from WVU in 1999. His professional experience also includes a stint as a journalist for Bluefield’s Twin State News and Observer, and during his time at Bluefield College he has has been the recipient of BC’s Distinguished Staff Award (2000 and 2015), Honorary Alumnus Award (2011), and Beasley Service Award (2001).

Outside of the college, he is a youth league basketball coach, a publicist for Blue Mountain Performing Arts, a member of the Scholarship Selection Committee for the Wolfe Foundation, and a member of First Christian Church where he serves as a deacon and chair of the Personnel Committee. 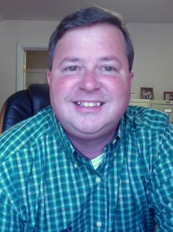