Prior to accepting her role at Bluefield College, Walker served as Director of Athletics at Winston-Salem State University (WSSU) and placed her own stamp of leadership on their athletic programs. An integral figure in the university's transition from NCAA Division II to Division I (football championship subdivision) status and later reclassification back to Division II, she brought a wealth of knowledge of intercollegiate athletics to WSSU. Walker came to WSSU after completing a seven-year stint with the Central Intercollegiate Athletic Association (CIAA) headquarters office where she began her career in 1993.

Walker’s influence in competitive excellence guided WSSU to eight NCAA Division II tournament appearances, as well as fifteen CIAA championship titles, including volleyball and women’s outdoor track’s first-time championships in school history, nine CIAA divisional titles and eight Coach of the Year honors. Twenty-eight CIAA championships were claimed by Winston-Salem State University sports teams over the past eight years of which Walker was an integral part of during her tenure at WSSU. Fundraising marks were also set under Walker’s leadership at WSSU as she was able to raise in excess of $1.5 million for program operations.

Walker is a 2004 graduate of the NACWAA/HERS Institute and 2005 NACWAA Executive Institute, serving to enhance opportunities for women to move into positions as athletics directors or conference commissioners. She was named the 2008 NACWAA recipient of the Nell Jackson Award bestowed annually to an athletic administrator who exemplifies the qualities of Dr. Nell Jackson.

Walker currently serves as chair of the Western Triad Region Fellowship of Christian Athletes and is an active member of the board of directors for the Fulton YMCA and Old Hickory Council Boy Scouts of America. She recently completed an appointment as a board member for Women Leaders in College Sports and a 4-year term on the NCAA Division II Membership Committee. Prior to her retirement, she served as president of the CIAA Management Council, NCAA Division II Athletic Directors Association, Women Leaders in College Sports Board of Directors, and president of the CIAA Athletic Director’s Association. Walker is a 2017 graduate of Leadership Winston-Salem and is committed to community engagement and leadership.

Walker works to continuously advocate for student-athletes and opportunities for women and minorities. She believes strongly in the power of service and galvanized staff and students at WSSU to amass 3,000 community service hours annually.

Tonia attended Hampton University as a two-sport athlete, playing basketball and softball and departed the university as a member of the 1993 CIAA Softball Championship Team, All-Region, and All-America softball performer. She graduated with honors, receiving a bachelor’s degree in communicative sciences and disorders and went on to attend Old Dominion University to attain her Master of Science in recreation and sports administration. Tonia is married to Wayne Walker, Sr., of Petersburg, VA. They have two children, Daijah (23) and Wayne, Jr. (22), and one granddaughter, Skylar (3). 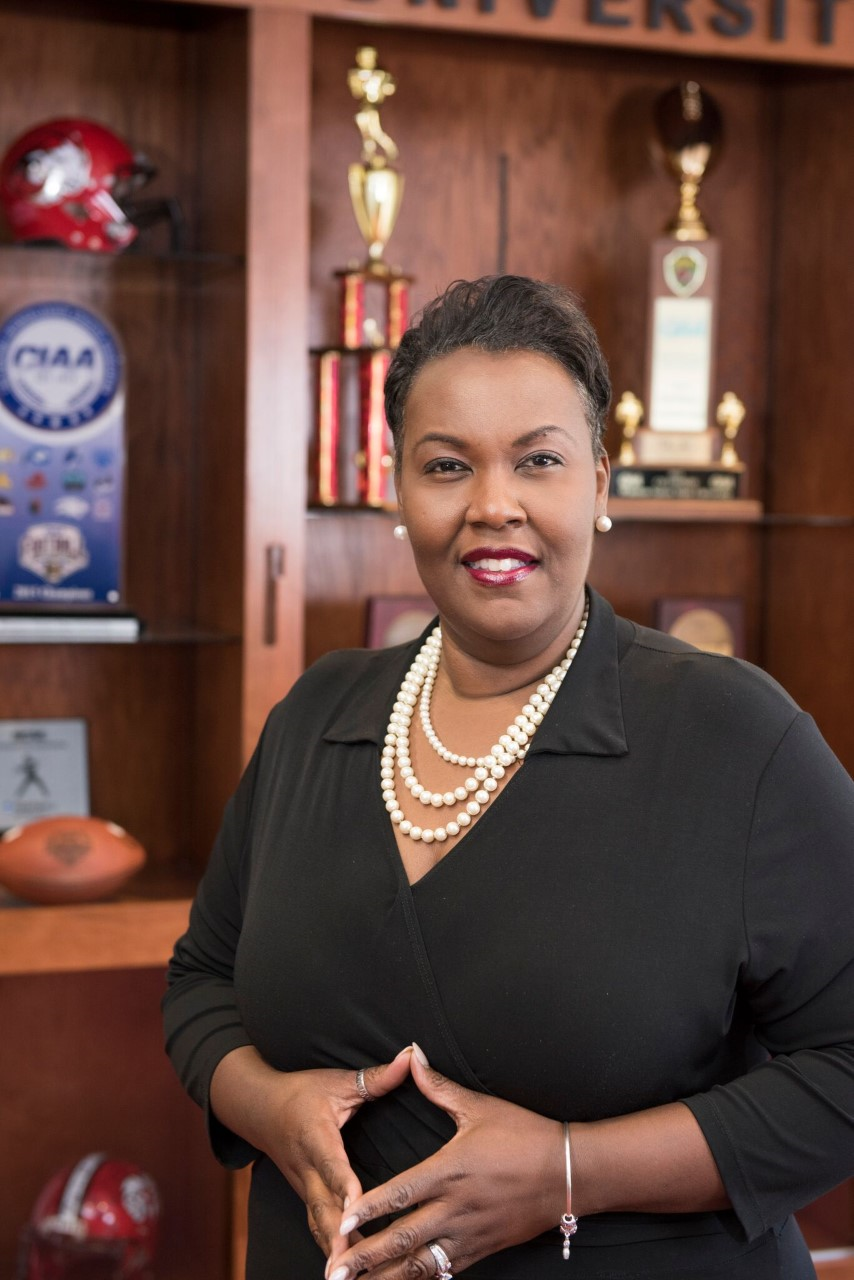