Under Waelti’s leadership, Blacksburg High School enjoyed its most successful decade of wrestling in its history.  Despite not having a middle school program at the time to grow and prepare wrestlers for the challenges of high school wrestling, Waelti led the Bruins to their first top ten finishes at the Virginia State Wrestling Tournament. Blacksburg placed sixth with a roster of only eight wrestlers, and eighth in the state with a roster of only six wrestlers.  He has coached 10 All-State wrestlers, including a state champion, state runner-up, and two third place winners, as well as two nationally ranked wrestlers in the Beast of the East, one of the most prestigious tournaments in the country.  In Waelti’s last season coaching at Blacksburg High, his four seniors combined for 116 wins, despite having never wrestled before high school.

Previously to coaching at BHS, Waelti was interim head coach for the Virginia Tech Club Wrestling Team.  During that time, the club qualified three wrestlers for the NCWA National Tournament, a first for the program.

Waelti wrestled for Virginia Tech in the NCWA and placed third in the MAC Conference and qualified for Nationals.  Before college, he was a four-year starter for William Byrd High School where he was an All-State wrestler, Region and District champion, and achieved the program’s single season and all-time pin records. He was named All-Timesland Wrestler of the Year at his weight, and was a Captain of the team.

Waelti learned wrestling from his father, Mike Waelti, and began competing when he was five years old.  He is married to Samantha Casey Waelti and they have two children, Tristan and Viven. 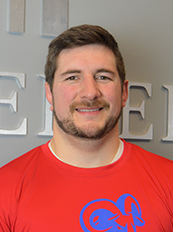