Bob Redd joined the Bluefield College Athletic Department after more than three decades as a journalist, the last 15 in the world of sports in the Bluefield area.

A graduate of the P.I. Reed School of Journalism at West Virginia University, Redd was active in campus media (radio and newspaper), served in student government, was a member of "The Pride of West Virginia," the WVU Marching Band and a member of Kappa Kappa Psi and Tau Beta Sigma, national band fraternal organizations.

Following graduation he worked in radio and newspaper in Southern West Virginia before joining the staff of U.S. Congressman Nick Rahall as a press assistant. Following his time on Capitol Hill he joined Federal News Service in Washington, D.C. where he was Vice President of News and helped establish a FNS satellite facility in Bluefield.

In 2000 he joined the Bluefield Daily Telegraph as a sportswriter and later became sports editor. In 2005 he joined the Adventure Radio Group as Sports Director and served as voice of the Bluefield (W.Va.) High School Beavers football and basketball teams on WKOY-FM until 2012 when he returned to the Daily Telegraph as a sportswriter and columnist.

A native of Gary, W.Va., Redd is a graduate of Mount View High School. He and his wife Trudy live in Bluefield, W.Va. 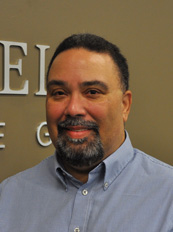