Mr. Roberts comes to Bluefield College after working for more than a decade in the local news media — first as an editor at the Bluefield Daily Telegraph, and most recently as Internet Director for WVVA-TV.

A lifelong resident of the region, Roberts is a 2002 graduate of Concord University, where he earned a BA in Graphic Design with a minor in Studio Art.

After graduation, Allen spent nearly seven years at the Telegraph, where he was responsible for page layout, headline writing, and editing in the daily edition. He was a two-time winner of ‘Best Front Page’ from the West Virginia Press Association during this time.

In 2010, Allen joined WVVA, the market-dominating NBC affiliate, where he oversaw all of the station’s interactive efforts, including the website, mobile apps, text alert services, social media, and the design of many online ad campaigns. He also appeared on-air as host of the weekly ‘Web Minute’ segment.

While at WVVA, Allen received the 2014 award for ‘Best Use of Digital Media’ from the West Virginia Broadcasters Association.

In addition to his full-time duties in the local media, Allen began teaching Graphic Communication classes in an adjunct role at Bluefield College in the spring of 2010, which he continued to do until accepting a full-time position at the college.

Allen is thrilled to be a part of the Bluefield College family and is pursuing his Masters degree in Integrated Marketing Communications at West Virginia University.

Courses that are taught by Professor Roberts include Typography Design and History, Adobe Illustrator, Adobe Photoshop, Photography, Dreamweaver and Flash, InDesign, Storytelling with Video, Senior Portfolio, and Designing for the Graphic Customer. 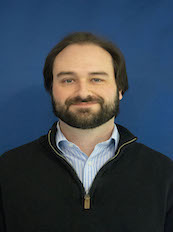