After being predicted to finish eighth in their return to the Appalachian Athletic Conference, Mullins guided the Lady Rams to a regular season mark of 14-14 and their 10-10 conference placed them sixth in the league. Mullins led Bluefield to a pair of wins over ranked conference opponents during the regular season, as BC handed then 15th-ranked Tennessee Wesleyan its first loss of the season on Dec. 3 at the Dome and defeated then 23rd-ranked Union College on the road on Feb. 14. Both victories came in overtime. BC took an opening round win in the AAC tournament, then took part in the NCCAA Mid-East Regional to close the year.

Mullins' guidance led senior center Destiny Tolliver to a standout year, averaging a double-double of 12.3 points per game and 11.2 rebounds per contest--dramatic improvements from bests of 3.8 ppg and 5.4 rpg from her previous two seasons. She also averaged a career-best 3.1 blocks per game during her senior season. At year's end, Tolliver earned AAC Defensive Player of the Year honors to lead the conference's All-Defensive Team, and also collected first team All-Conference honors. Tolliver earned AAC Player of the Week on two occasions and was later named an NCCAA honorable mention All-American.

Mullins had previously served two seasons as an assistant coach at Presbyterian College. With PC recently transitioning to the NCAA Division I level, Mullins helped the program make great strides competitively, including a 19-12 record and a second-place finish in the Big South Conference in the 2012-13 season. This past year, the squad rebuilt after losing six seniors, but finished second in the country in scoring defense at 53.5 points per game.

In his second year at the helm of the Lady Scots’ program, Mullins led the team in its transition to the Great South Atlantic Conference with a tie for sixth place. He also improved his team’s win total in his second year and guided student-athletes to an All-Freshman team selection and six All-Academic Team selections.

His experience with men’s programs include a 36-29 record at Kentucky Christian—which featured an NCCAA Mid-East region tournament title in 2009 and NCCAA top-10 rankings—as well as a one-season stint at Boyce College in the program’s second-ever season.

The new leader of the BC women’s program began his coaching career at Bryan, helping guide the Lady Lions to a 105-29 mark as an assistant. The program made four-consecutive NAIA National Tournament appearances during Mullins’ tenure, including a trip to the sweet sixteen in 2006. Bryan won the AAC tournament in 2005, and won the AAC regular season in both 2006 and 2007.

Mullins is a 2003 graduate of Middle Tennessee State University, where he earned a degree in business education. He and his wife, Carrie, have three sons: Grady, Tate and Levi. 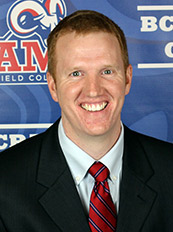