Rita Blevins of Bluefield, Virginia, Sharon Robinson of Bronx, New York, and Annette Tabor of Middlesex, Virginia, earned the school's Alfred and Shirley Wampler Caudill Leadership Awards as Students of the Year in the degree-completion program.

Approximately 800 total students are enrolled at Bluefield College, of which about 350 are working adults pursuing degrees on the BC campus and at class sites across the state through the school's accelerated degree-completion program (DCP).

Established by DCP professor Dr. Don Caudill in memory of his late father Alfred Caudill and in honor of his mother, Shirley Wampler Caudill, the Student of the Year awards are designed to recognize the most outstanding students in the three majors of study in the degree-completion program.

"Rita is an excellent student," said Dr. Marsha Mead, a DCP instructor. "She is well know for her strong Christian faith and is uniquely qualified for this award."

Blevins, a 27-year member of the administrative staff at Bluefield College, earned an associate's degree from the school in 1974, but put the remainder of her college education on hold to focus on family and work. She returned to the BC classroom to earn her bachelor's degree in behavioral science this spring.

Tabor followed a similar path, beginning a family and a career before completing her bachelor's degree with Bluefield College and earning the degree-completion program's Student of the Year honor for criminal justice.

Robinson was recognized for not only her academic record, but also for the many ways in which she supported other students in the degree-completion program.

"She partnered with students in helping them successfully complete their general education requirements," Dr. Caudill said. "She constantly helped her group understand procedures and processes for assignments and projects. She was a team player in all circumstances."

Recipients for the Alfred and Shirley Wampler Caudill Leadership Awards are nominated by faculty members in the adult degree-completion program, and chairs from each respective major select the winners based on academic achievement, leadership and character. Each winner receives an award plaque and a cash prize. 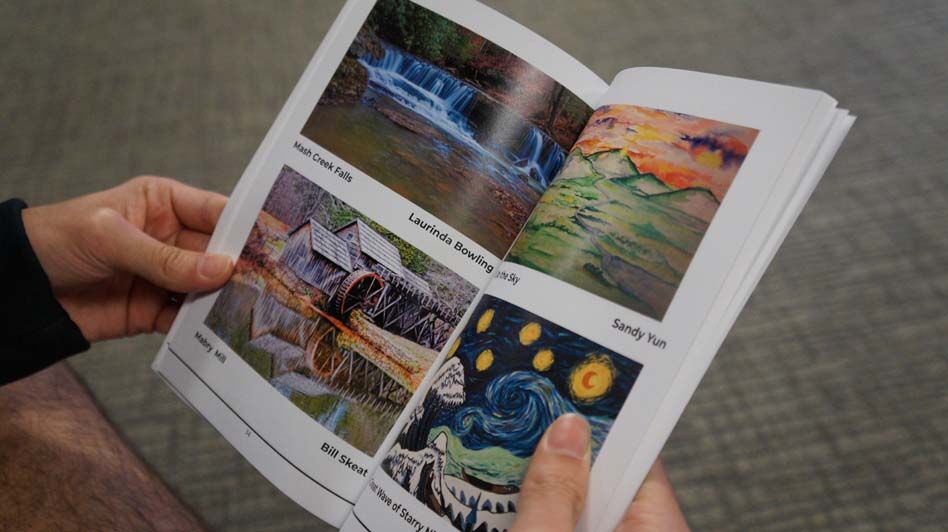