It was just three years ago the Rams hit back-to-back home runs in their last at bat to complete a come-from-behind win against Malone (OH) University in the NCCAA National Semi-finals. That year, BC went on to win the National Championship, something Regional Championship winning pitcher Joey Andrews hopes will happen again this year.

“This win (against Mid-Continent) is a sign of our team bouncing back from adversity,” said Andrews. “We have come together as a team, and we have a tremendous amount of confidence moving toward the (NCCAA) World Series.”

Andrews, a junior with a 2.76 earned run average (ERA) pitched a complete game (seven innings in NCCAA post-season play) to garner the Mid-East Regional Championship win for the Rams. The leftie from Chesterfield, Virginia, gave up just four hits and one lone run against the Cougars.

“He did an outstanding job,” said Coach White about his winning pitcher. “He was in control of the game the entire time.”

Andrews, who won six games and lost just two during the regular season this year, exhibited that control by striking out two and walking none en route to six scoreless innings against Mid-Continent.

“I left the game in Coach White’s hands and didn’t disagree with a single pitch call he made,” said Andrews, who had a shutout heading into the final inning of play. “Coach knew I had a good fastball today, a sharp curveball, and I could spot my changeup. I got ahead in the count all game, and they never hurt us.”

Even that didn’t seem to be enough to secure a BC win as the Rams entered their final at bat down 1-0. But, that’s when the drama they have come accustomed to in NCCAA post-season play began.

Sophomore Zac Russell-Myers from Raleigh, North Carolina, drew a walk to start the bottom of the seventh for the Rams. Senior Joe Gatewood from Poughkepsie, New York, singled to left to put BC runners on first and second. Following a pop-out by Zac Goodyear of Stuarts Gap, Virginia, senior Cameron Hynes of Richmond, Virginia, singled to center to load the bases with just one out.

Mid-Continent pitcher Tomas Rodriguez then balked on the mound, advancing all runners, including Russell-Myers, who tied the game at 1-1. Rodriguez followed with an intentional walk to junior Kaleb Long of Halifax, Virginia, to load the bases for a potential double play that would save the Cougars, but BC senior Andrew Dickerson of Santa Clara, California, had more drama in mind for the Rams as he would join Andrews as Bluefield heroes for the day.

Hitless in his first two appearances at the plate and down 0-2 in the count at one point in his final at bat, Dickerson punched a walk-off base hit to shallow left field that scored Gatewood from third to give Bluefield the 2-1 come-from-behind victory.

In addition to the game-winning RBI from Dickerson and the stellar performance on the mound from Andrews, Greg Moon of Richmond, Virginia, went two for two from the plate for BC, while Gatewood went two for three.

“Andrews, Gatewood and Dickerson were phenomenal for us today,” said assistant coach Ryan Lambert. “They (Mid-Continent) did a very good job to retire us for most of the game, but our guys stayed with it, and it finally paid off.”

The Rams advanced to the championship round of the Mid-East Regional by defeating Oakland City (IN) University 9-8 and Covenant (GA) College 7-4. With the 2-1 win over Mid-Continent and the NCCAA Mid-East Regional title, BC advances to the National Tournament, set for May 16-19 at Prasco Park in Mason, Ohio.

“Our bats have awakened,” said Andrews about the Ram’s outlook on the National Tournament, “and the World Series is set up for four games of pool play, and we have four quality starters with four lights-out bullpen pitchers. We have a tremendous amount of confidence moving forward into Nationals.”

Seedings and a bracket for the National Championship have yet to be determined, but fans are encouraged to follow the Rams from the BC web site at bcrams.com or from the event web site at prascopark.com. Alumni and friends are also encouraged to support the Rams with expenses related to their quest for another National Championship. Gifts to the Rams’ run for a title can be made online at bluefield.edu/giving or by e-mailing the BC Office of Public Relations at

“We are excited about our baseball team’s opportunity to play once again for the NCCAA National Championship,” said BC president Dr. David Olive. “I hope the community and our alumni will help support their efforts in getting to the championship tournament and representing the college and our community at a national level.”

This year’s trip to the NCCAA World Series marks the third time in four years BC has advanced to the National Championship level. In 2009, they won it all with a 5-3 win over Malone in the title game. In 2010, they lost 7-6 in extra innings to finish runner up to North Greenville (NC) University. This year, they hope to reclaim the national title.

“This is a huge accomplishment for this team,” said Coach White about the team’s return to the World Series. “It’s a blessing to get back to Prasco to compete for another National Championship.”

SUPPORT THE RAMS' RUN FOR THE NATIONAL TITLE

Bluefield opened the final weekend of its 2013 regular season with a loss to No... MORE+ 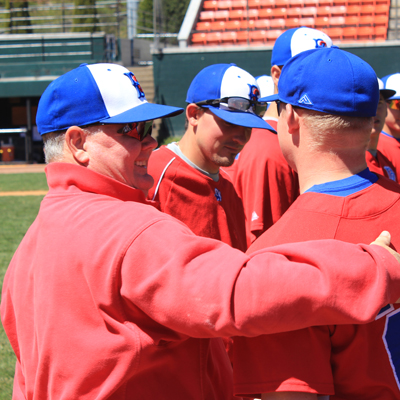 Georgetown took both of Saturday's doubleheader games to seal the series sweep... MORE+ 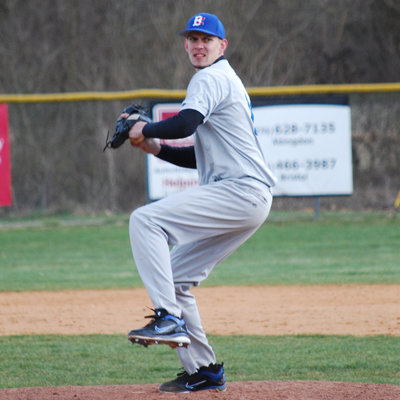 Georgetown Rallies to Upend Rams in 10

Georgetown plated runs in the 8th, 9th and 10th innings to come from behind and... MORE+